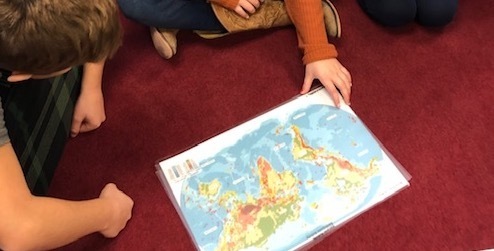 McCormick Middle School 4th grade teacher Megan Birchfield facilitated the PLTW Launch Module Earth: Past, Present and Future by asking students to discover how the locations of the tectonic plates created the Earth's mountains and other land features. Each team used a world map and an overlay that showed the locations of the tectonic plates with faults and potential earthquake areas. The teacher demonstrated with her hands the three different types of tectonic plates, and the students showed their understanding by repeating the motions.

The students teams were asked to predict how the location of the tectonic plates created the Earth land formation. The students were highly engaged as they discovered that their predications were right or wrong and the evidence that show that the  plates were located at the mountain ranges, with the oceans, and at earthquake fault resulting in potential tsunamis. 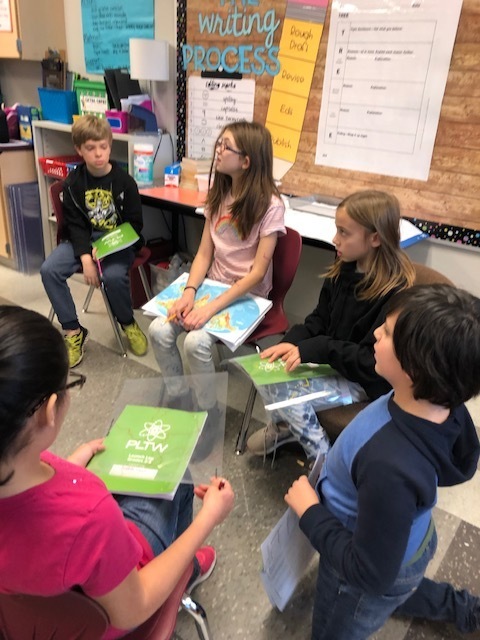